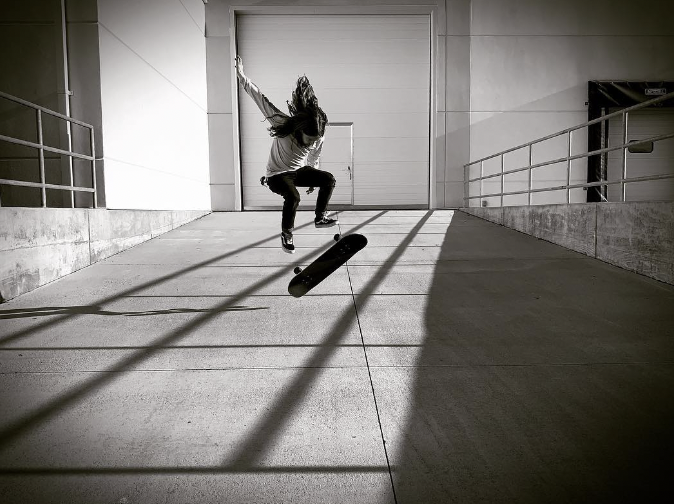 Getting from A to Z was never the problem, it was getting there quickly that was my biggest challenge. Whether it was skateboarding or being an artist and designer, patience was never part of the equation. I’m sure being born with Cystic Fibrosis and knowing that the average lifespan of a CF patient was 20 had more of a subconscious impact on how I valued my time than I even realized. 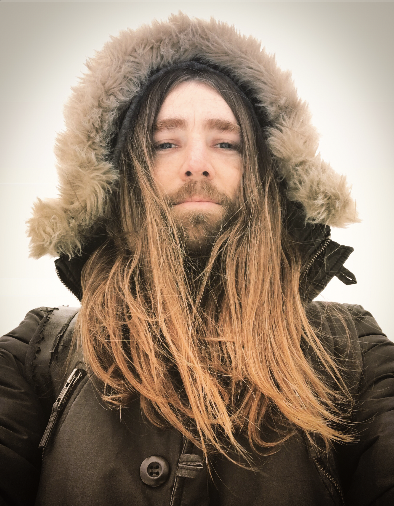 Right behind the constant thought of CF hovering over my shoulder was church. I was raised in church but I couldn’t stand it. I mostly hated waking up early and dressing up for it, and I couldn’t stand the music. Although I loathed the idea of church, if someone asked if I believed in God, I’d tell them I did, but I had never had any personal connection to whoever Jesus or God was.

Outside of Church I was raised on the beach, and naturally my family was found surfing obsessively, except for me. Where my brothers were surfers that occasionally skated, I was 100% a skateboarder. My parents would tell you I was obsessed; girlfriends were even second place to skating.

I wasn’t anywhere close to being a natural at skateboarding, but still there was no doubt in my mind that one day I’d be sponsored and go pro. Learning any trick took a tremendous amount of work. I’m talking 30-40 tries daily...for months. When I finally learned a trick, my friends were already onto two or three others. Feeling inadequate strangely motivated me. A friend shot tons of videos of me skating and edited together the best footage for my first Sponsor Me video. I took it to the team manager of the best local skate and surf shop I knew and he liked it enough to put me on the team on the spot.

The excitement was short lived. A few months passed, and while at another local shop, I skated with a world famous pro that wanted to put me on an even better team. That new team came with a lot of pressure and eventually I got burnt out and even quit skating for a while. It was the only thing I had put my heart and soul into.

If skating wasn’t it, what would be?

Trying to find purpose in something new, I decided to focus on the only other thing I thought I was decent at: art. I had been drawing comics and skateboard graphics ever since I was a little kid and had taken tons of art classes, so I applied and got accepted to a great art school. After graduating, I knew I had to get out of my hometown to really get involved with anything super creative, so I moved to NYC shortly after. Making a name for myself in art and design became the new pursuit for me.

I moved to NYC with no job, $500 in my bank account, and into a tiny apartment with some friends. It wasn’t long before I made connections and was creating artwork and designing for some of the biggest brands in the world. As the client names got bigger, so did the paychecks. I was getting interviews and my work featured in hundreds of magazines. Things were going great, but there was a temporary satisfaction to it all.

I was still always chasing something; the next big client, the next big project, or the next magazine interview–nothing was filling this void that I couldn’t describe. For years I talked with family and friends about not feeling any soul satisfaction from my career.

Art had become the new skateboarding for me.

I started going to a church in NYC with a good friend of mine. It was the first time I had ever walked into what I felt was what church was supposed to be. These people were open about the issues they were battling, and although many of them were struggling, what they had found was this amazing peace–a peace that I longed for.

Fast forward a year. Remember the whole Cystic Fibrosis almost dying thing? Well, at 32, my health declined rapidly. After tons of testing, I ended up on oxygen full-time and with a 7.5 hour medicine and treatment routine; basically a full-time job. I prayed every single day, not just that God would heal me, but that God would give me peace with or without physical healing–just like those at Church. My lung capacity had gotten down to 7% and I was near death. My habit of jumping from A to Z came to a halt. Long story short, I went from not being on the transplant list to getting to the top of the list, perfectly healthy lungs coming in, having a double lung transplant, and being released from the hospital 11 days later. I got a second chance at life.

Here is where it can easily be said that all of that was a coincidence, things just aligned, or I was at the right place at the right time–I spent my life giving credit to these things. But the truth of the matter is that God saved me for something better; not a better trick or bigger paycheck, but the peace that passes all understanding.

Out of all of my pursuits, Christ is the only one who pursued me back.

His words have taught me humility, selflessness, how to put others before me, how to love others unconditionally, how to be thankful for what I do have, self-control, how to forgive and show mercy to others. This doesn’t mean I’m not going to make mistakes, fail, or go through hard times; we’re all human. People have a fictitious idea of what believing and having faith is all about. There is no attainment of perfection, but what Jesus provides are his teachings in which I wholeheartedly believe and follow. Everyone has their own path. Out of all the paths I’ve taken,  Jesus gives me a peace that is indescribable, and you will only ever know what I’m talking about if you begin to pursue Him too.