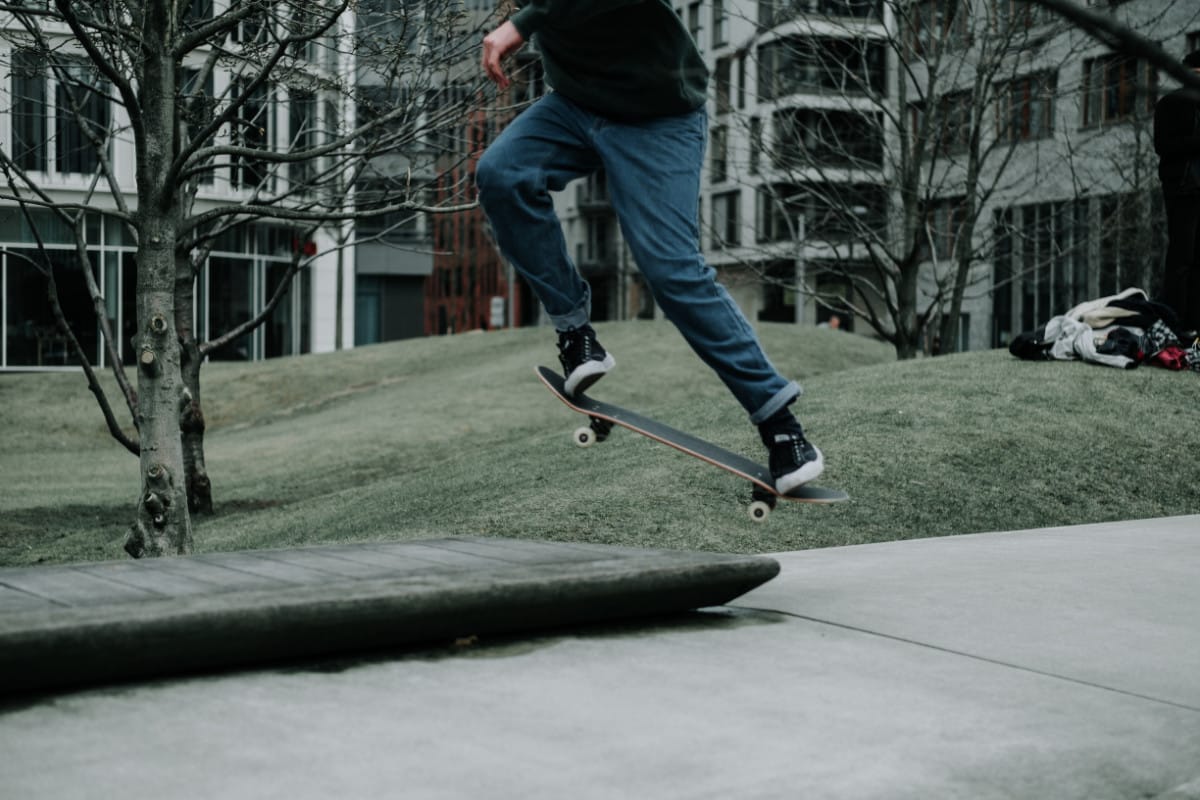 Born and raised in Jacksonville, Florida. Ever since I was three years old I’ve lived in this same, quiet countryside of Jax in a town called Baldwin so small you wouldn’t know you drove through it if you blinked for too long. 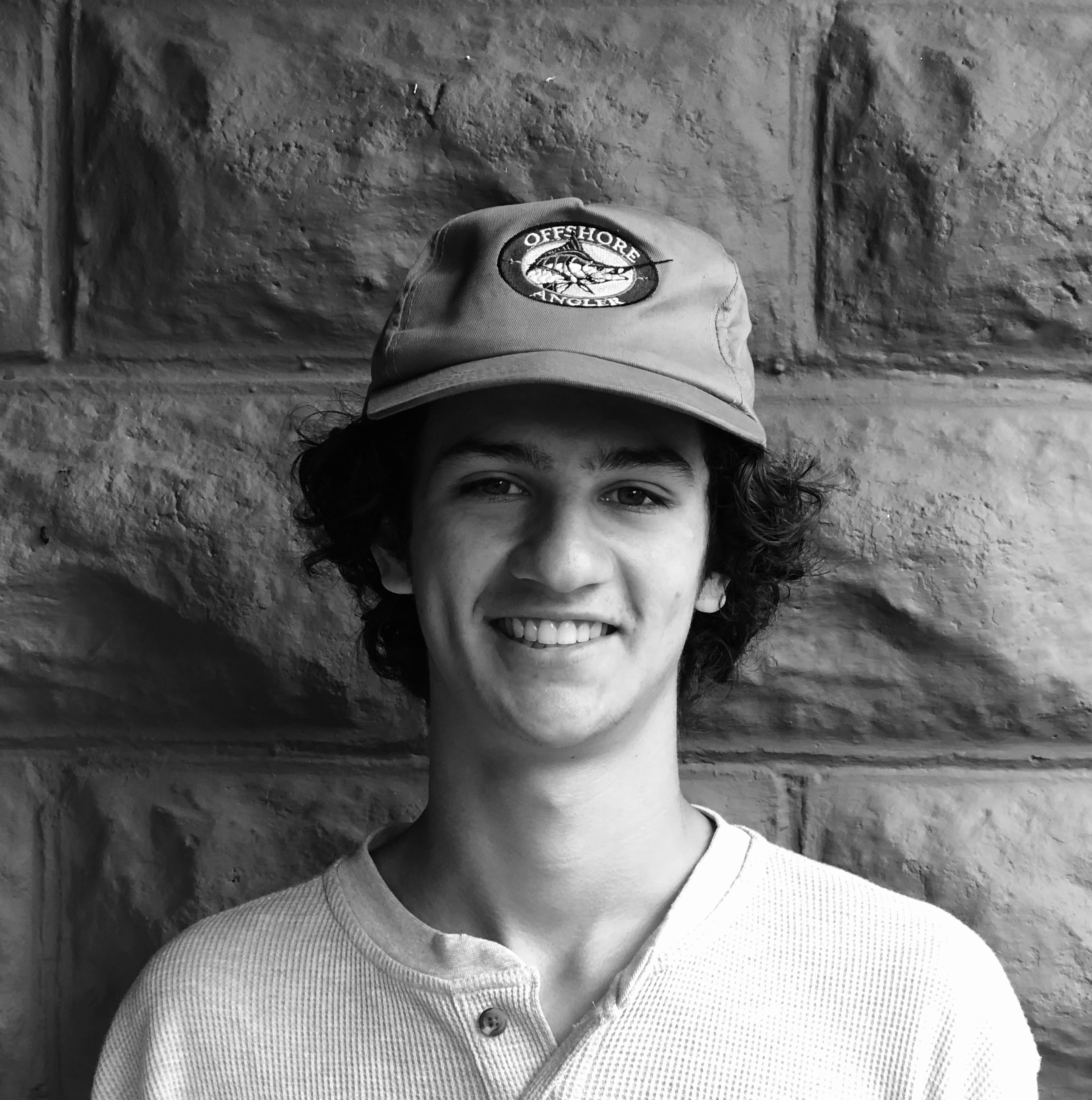 I don’t remember much from the time before I was four years old. My oldest memories are mainly of my older brother AJ and I pushing around on skateboards on the pavement in front of the house. He could actually ride on his feet but I was too young for that so I’d ride criss-cross applesauce style and push with my hands. These were the early stages of my obsession with skateboarding. My parents bought us our first skateboards when I was four, after our school had a show and tell day that they called “Wheel Day” where everybody brings in something with wheels on it. There was this girl who brought a wooden deck with four wheels on it which she had called a skateboard and AJ was so stoked on it that he was practically frothing at the mouth over it. So, my parents being the cool people that they are, bought both of us boards. They got me my first skateboard from Sports Authority, which is like a sporting and outdoors store. My board was a World Industries deck with Pig wheels to match and I was super hyped on it; I haven’t been able to stop skating since then. It was pure addiction by definition. I would even skate in the rain and on clay roads as a kid and did not give a single care.

Skateboarding had been the most valued pursuit of my life for as long as I can remember. It’s always been a kind, constant hope for me that I would cling to throughout my life. It was always there and it allowed for me to actually have a sense of identity and creativity. I fit in with everyone else who just wanted to skate and have fun and just live life with each other. It was sick because nobody cared. I was so deeply rooted into a culture of skating fast, jamming to punk rock music, and doing whatever I wanted to do without anybody to tell me different. It provided an outlet where I could drop frustrations with my home and school life and where I could expand in my abilities to learn and grow. It’s where I learned how to take a hard slam and get back up. It taught me how to cope and to focus my energy and frustrations into something productive rather than watching television or playing video games all day long. “I am a skateboarder.” That’s what I would say when I’d meet somebody; this was my answer back that the essence of who I am is that I am a skateboarder. Enough said.

In highschool something changed for me. I was a really frustrated kid, although I hid it well. I was anxious about everything and deeply depressed at the same time from a multitude of different things; but the tip of the iceberg for me was my parents divorce while at the same time my own pursuit of love failed me miserably. I was left high and dry with a hole in my life not even skateboarding–the first love of my life–could fill. In my utter despair, my downcast soul found the essence of true joy when my best friend from middle school invited me to church where I ironically found Jesus Christ to be the very thing I was missing in my life. I say Ironically because I claimed that he didn’t even exist for most of my life up to that point. I always thought that skateboarding could save me from the chip on the shoulder that everybody seemed to carry around, but once that chip became too heavy for myself to bear, I quickly realized that skating wasn’t any kind of savior from the burden that weighed on me so heavily.

I gave my life to the Lord in February of 2018. The “essence of true joy,” to me, has been seeing that with the faith that I have been given, I not only have a genuine sense of gladness, optimism, and peace right now but I can tell you with a confident expectation that God will continue to do this for me because He says so in his word; I have experienced his goodness for myself first hand. Where skateboarding would never get rid of my pain, anxiety, depression, or frustrations, Christ has taken it upon Himself. Let me tell you, friends, that it is worth it that I submit to God no doubt, no longer skateboarding.

‍
My entire life was skateboarding. Now, two years later my entire life is more like, “How do I use the thing I first loved to serve the God that first loved me?” Part of the answer to that question is that I moved to Southwest Florida where I use this passion of skateboarding to show God’s goodness to the skaters I meet here. I’m excited to see how the rest of the answer to that question unfolds. And you won’t hear me say “I am a skateboarder” any more. I love skateboarding, but that's not who I am; I am a child of God who, by His grace, skateboards. Enough said