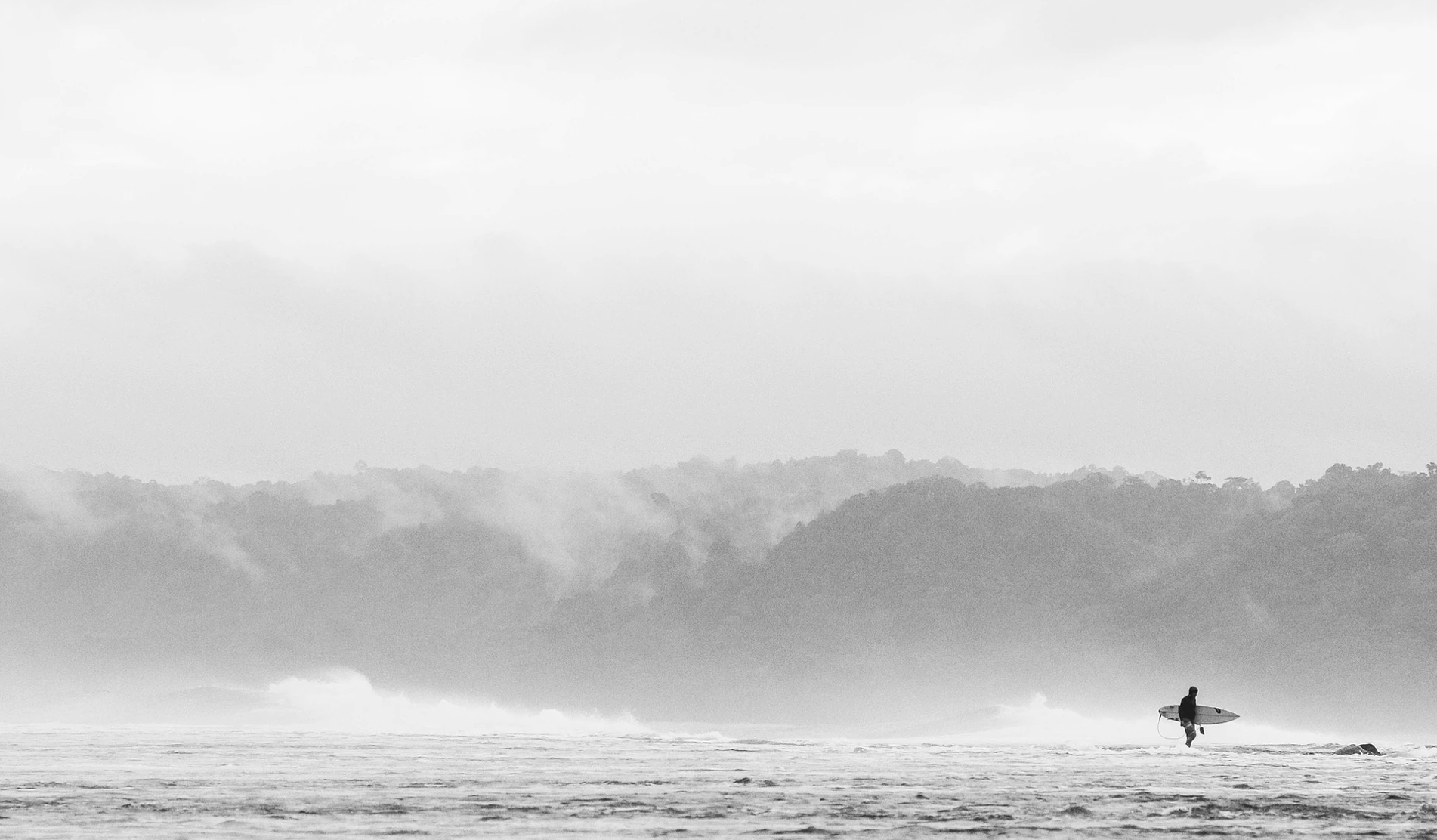 For Lack of Vision

Years ago, we were filming part of the movie Walking on Water in Peru. This one particular day we were at a super fun beach break. The waves were a little overhead, but there was a fog bank that made it difficult to get footage. Nonetheless, we surfed for five hours straight.

I had never seen such low-lying fog. We could literally look up and see where the ceiling of the fog ended just 15 feet up or so. It was no doubt caused by the difference in air and water temperature. The visibility would vary, but the fog was always there.

About three hours into the session, despite the heavy sunscreen, the skin on my face was telling me that I was getting absolutely cooked. Add two more hours after feeling that and I was fried. Little did I know, but the low lying fog had created a natural chandelier of light with the desert sun, and by nightfall I knew I had a problem on my hands.

The chandelier of light had blinded me. My eyes watered with tears for the next three days and I couldn’t open them. I was obviously out of commission, but it gave me time to think. I had thoughts like: What if my eyes didn’t heal? Just like life, sight is such a blessing from God. Vision is so important.

What if darkness was my new life?

I had many thoughts about physical vision down in Peru, but it turns out that vision of the heart matters exponentially more. Proverbs 29:18 says, “Where there is no vision, the people perish.” We hear the phrase “spiritually blind” being thrown around sometimes, and I might think, “I’m not blind to the things of God.” But that’s not true at all is it? We all see dimly.

But it’s worth taking that inventory, each one of us. In my heart, currently, in what ways am I like I was in Peru? In what unseen ways am I sidelined, laying in bed, and unable to open my eyes?