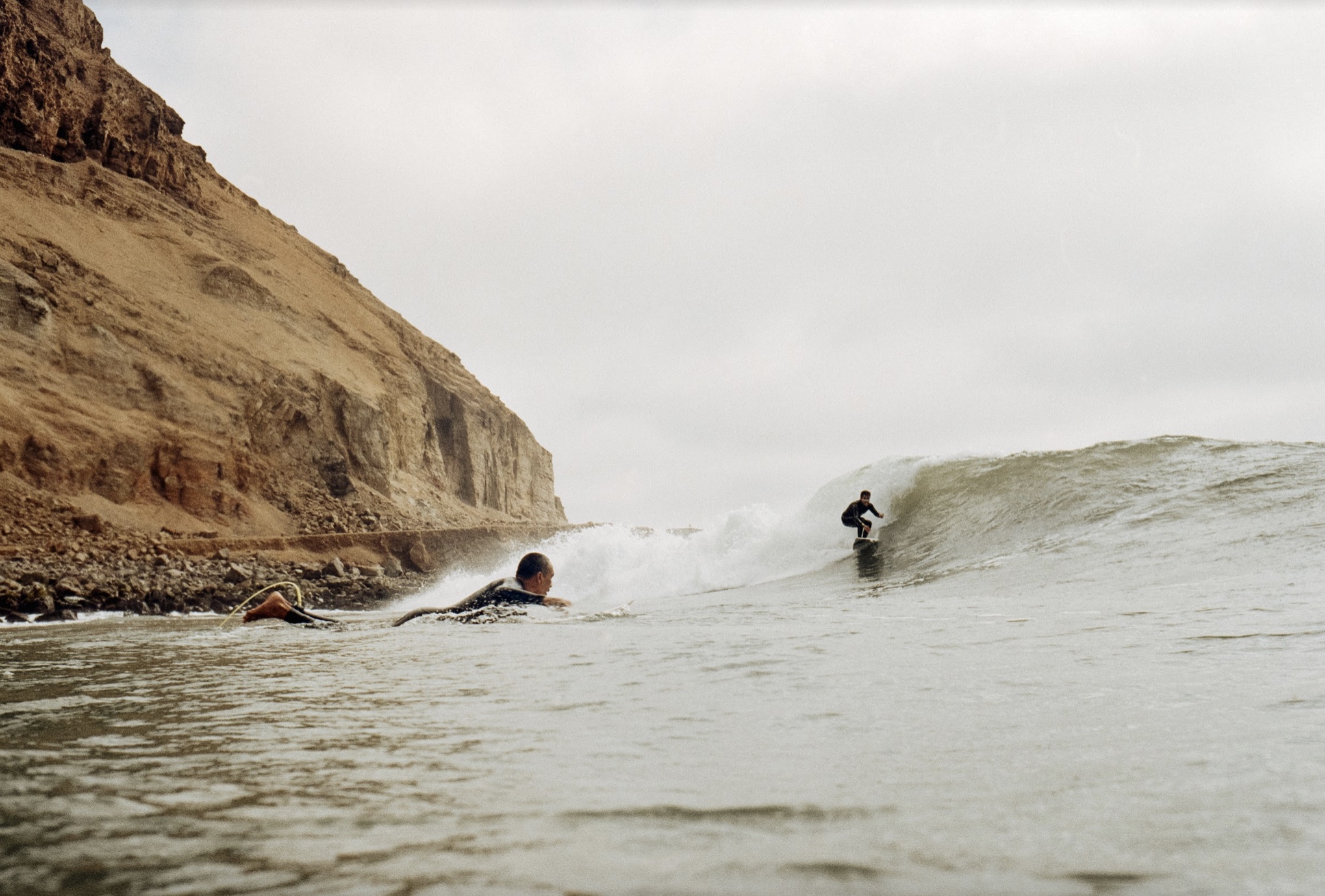 I was having a bad day. I was grumpy, overwhelmed, indecisive, and weighted. I had taken the stress of life and the brokenness of others and made them my responsibility. Like an animal backed into a corner bearing its teeth, I was reacting from fear, fighting for control.

Luckily, my friend Matt Beacham was in town and he asked me to surf with him. As we arrived at the parking lot at the beach, we were met with howling onshore wind, rain, and disorganized waves. We went out anyway.

The moment we reached the lineup, the wind picked up even more and we were barraged with wave after wave. A new swell was arriving at the front of the current storm and the waves had more power than usual. I fell on one particular wave and felt the full force of the new swell as I silently did flips and somersaults at the bottom of the ocean for awhile.

I remember God's voice whispering to me down there as I was alone at the mercy of the sea:

"Doesn't it feel good to not be in control all the time?"

I came up from that hold down with a smile on my face. I felt I had been baptized in the grace of God with the simple reminder that HE is in control. If the ocean in all its power and splendor could make me feel so insignificant, then how much more honor is deserving of The One who made it.

Ephesians 1:15-21 says, "I do not cease to give thanks for you, remembering you in my prayers, that the God of our Lord Jesus Christ, the Father of glory, may give you the Spirit of wisdom and of revelation in the knowledge of him, having the eyes of your hearts enlightened, that you may know what is the hope to which he has called you, what are the riches of his glorious inheritance in the saints, and what is the immeasurable greatness of his power toward us who believe, according to the working of his great might that he worked in Christ when he raised him from the dead and seated him at his right hand in the heavenly places, far above all rule and authority and power and dominion, and above every name that is named, not only in this age but also in the one to come."

God is powerful. God is in control. This is not a new message, just a simple reminder.