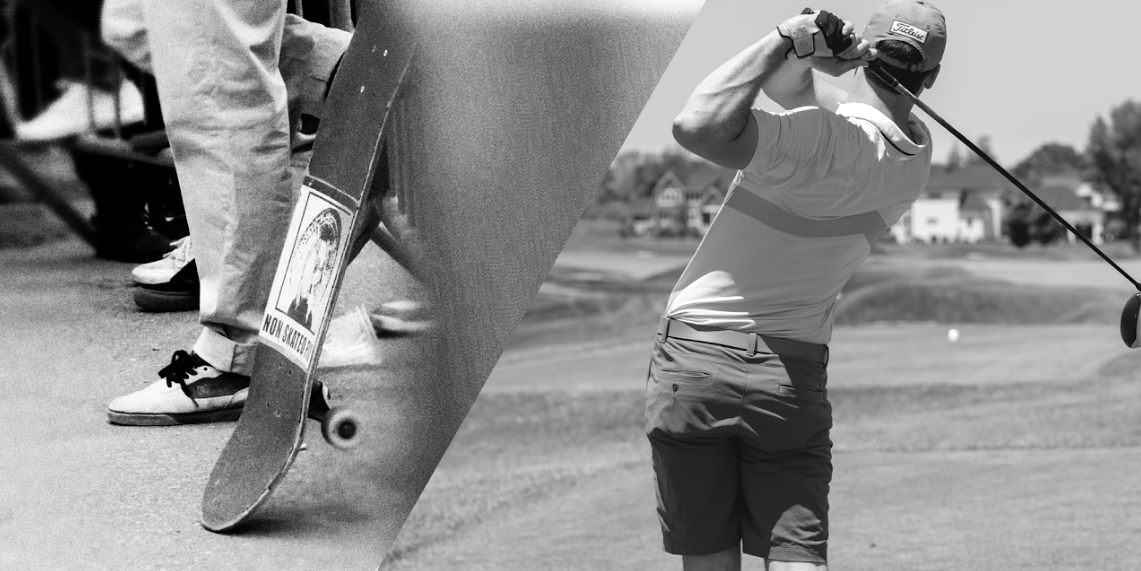 My alarm went off at 7:00am. Class started at 8:00. I rolled over and looked around the room, too groggy to hardly know what day it was. All I could see was Taco Bell wrappers, Xbox controllers, and clothes strewed around the room. Clothes–that reminded me, I had a decision to make. As I continued to gaze around the room, I saw two conflicting lifestyles: golf and skateboarding. 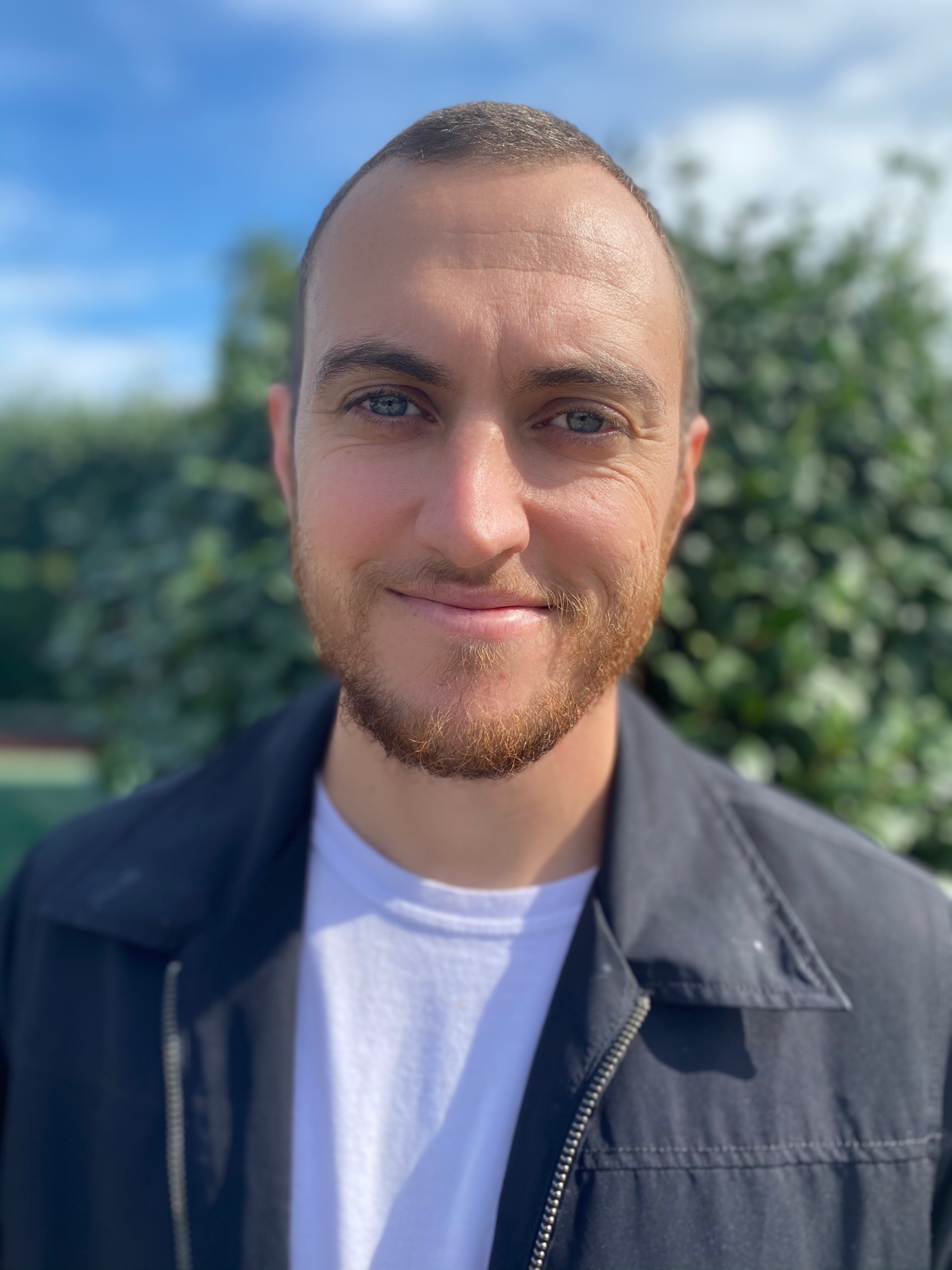 If you’ve been in high school, you know the cliques: jocks, preppy, punk, band kids, and everything that works its way in between. In my high school, like most, you decided (or were told) who you were and that was that. You looked the part, dressed the part, and acted the part. But I had a dilemma; I was a skater and a golfer. Or a golfer and a skater, whichever. So that meant different friends, different styles, different dress, different attitudes...really, different lives. Other than the fact that we all breathed air to survive, the crews I hung with were opposites, and each of them would let me have it for not doing what I was “supposed to do.” Every day was a different defense I had to make to a different group of people.  Skateboarding and golf were just too different.

Funny enough, I was drawn to skateboarding and golf for similar reasons. Golf swings look very different, and it’s hard to gauge a golfer’s ability simply by how their swing looks; same with skateboarding.  Style played a big part in my love for both.  There are so many different ways to hit shots or do different tricks–no “one size fits all” method. Both sports are also individual sports, meaning I was in control of how well I played or if I landed a trick or not.  There were no teams, no coaches, no one to pass the blame to if something didn’t turn out good.  Success and failure were totally on my shoulders, and I loved that.

I loved the uniqueness and individuality that golf and skateboarding both brought me, but I began to lose my own uniqueness and individuality in the sports I was expressing them in–to the point where I wouldn’t know who I was as a person without them. The combination of being a skater and golfer, not only gave me multiple places and scenes to rest my identity in, but definitely got confusing.

In  scripture, Jesus talks about “the world,” and how those who follow Him are in the world, but shouldn’t be of it. Of course, we’re all in the world; if you’re reading this it’s hard for you to deny that fact. But we have the choice to be of it. What does that even mean? Romans 12 says not to “conform any longer to the patterns of this world.” By putting my focus and identity in my extracurricular activities, I was falling into the same pattern that the world has set before us. Even after growing in this belief, I've struggled with following a "new pattern.” I would say the moment it clicked was when I left working in the golf business. I was always in the spotlight and the one who was looked to, so I found my identity in being a golf professional.  The crazy part is, it’s when I left the golf business and joined the corporate world when I found my true identity;  when I left the environment that I placed my identity in is exactly when I ran into my true identity. I started to realize that what I do doesn't define me; it's Christ in me, and how I show His love to others.

I’m older now; married with four kids and two dogs. As I’ve grown in my faith, I’ve come to understand that my identity is found in Christ. Not my score on the golf course, not if I can still 360 flip, but only on how Christ sees me. I’ve learned to pursue my relationship with God the same way I chased after learning new tricks on my board. In realigning my identity, I continued to be let down by the artificial things I would put my hope in. Once I stopped finding my meaning in my job or who I thought I was, and found it in Christ, shifting my focus became easier.

There’s an old punk song by AFI that goes, “we are the ones with the radiating eyes, we are the ones who have a fire inside.” I like to think that was true for me back then, and still holds true to this day. I’m still driven. I still love uniqueness and individuality; but I know that my self worth isn’t wrapped up in anything that I do. It’s Christ in me.