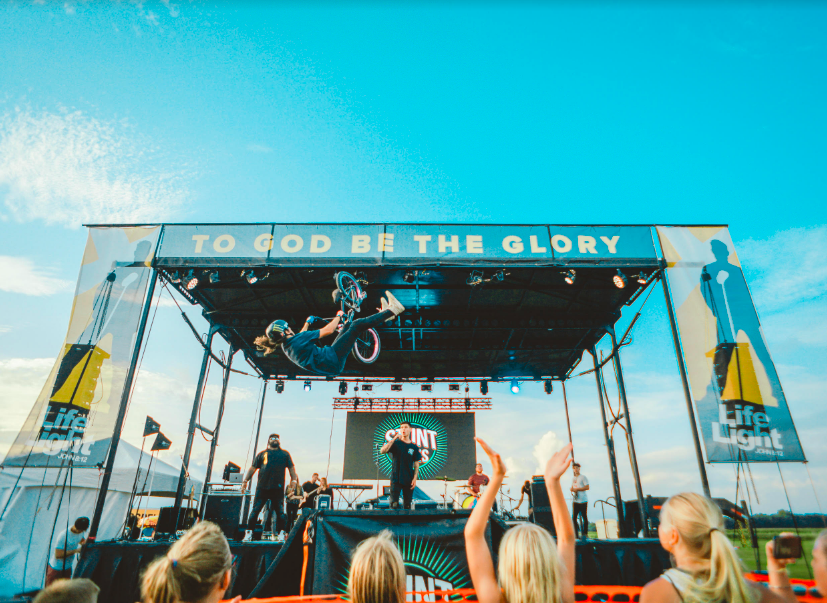 What is the purpose of your life? Think twice before you answer that, because I spent 18 years of my life thinking I knew that answer. You see, when a child turns the age of three most parents start the process of enrolling their kid into this little thing called Pre-School. Well, my dad isn’t like most parents; he thought, “what better time to start a motocross career?” So that’s what we did. 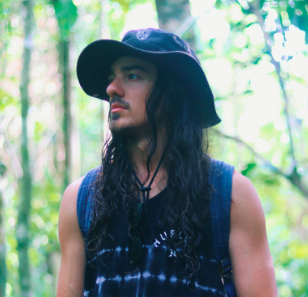 That decision would later result in hundreds of thousands of dollars spent, over 20 broken bones, and my family moving to a small one light town in Groveland, Florida to have our own training facility. I trained and rode every single day, traveling to races every weekend trying to get better; but that “better” was never enough because I could always be better. I was even taken out of public school and started homeschooling so I could have more time to train and ride. Motocross consumed my life and became all I knew; in turn, it made me an outsider.

Don’t let me misguide your thoughts because it can easily look as if I had no choice, like my dad made me ride. Honestly, I never wanted anything more in my life than to be a professional motocross athlete, and I’m blessed to have the father I have that was willing to sacrifice everything to help make that dream into a reality. My father and I spent every day together sunup to sundown just working hard and making memories. We won a lot of races and it started to feel as if this dream was really possible, like the hard work was paying off. But when it mattered the most, we always fell short from injuries, to bike issues, to honestly just bad luck; it felt like something was always standing in our way or pulling us back. That created some of the most depressing moments in my life and resentment towards God.

How many times have you heard someone say, “you just have to put God first.” Whether you believe in God or not, it seems like that is a very common phrase to hear. Honestly, looking back my family grew up in the Catholic Church and later moved into the Christian faith, so being a “Christian” we assumed with that title we were automatically putting “God first.” The real question should be, “Is God the Center?” Yes, we were Christians and yes, we were riding dirt bikes, but we weren’t doing it for God. Then one day everything started spiraling; we got hit with a few major reality checks. The economy crashed in 2008 and hit my family extremely hard; it devastated everything from our finances to my parents’ marriage. Within that year we lost our home, our business, my father was diagnosed with cancer, and I had my worst injury of my whole racing career (breaking every rib on one side and rupturing my spleen). I was airlifted in a helicopter to a hospital in Tampa, Florida where doctors were waiting there to save my life. It’s a pretty intense thing to say, but it doesn’t end there...

I looked around at what was happening and put all the pressure of the world on my shoulders, thinking I could have done something to change it. “If I had just trained more or won that race, maybe my family wouldn’t be in this storm.” Those are tough thoughts for an 11-year-old kid. For the next four years of my life my father and I still chased after that dream in a $500 van that people made fun of. I will never forget watching my dad spend the last bit of his money taking me to the track and afterwards scrambling in the van for quarters just to get a McDonalds hamburger. We struggled with smiles on our faces, but we had no idea that God’s plan wasn’t for us to succeed.

Towards the end of those four years, I was training on my road bike and passed by a skatepark when a kid jumped out in front of me. That kid would later become my best friend and introduce me to a sport called BMX that would end up changing my life. I got involved with BMX to escape from the troubles in my life and hang out with the “bad” kids–you know, to embrace the title of an outsider. On a good note, my father ended up beating cancer at that time; on a bad note, because of his health issues he wasn’t able to work, so all the financial responsibilities fell on my mother. She was, and still is, an absolute warrior and an inspiration to me every day. She bought me my first BMX bike and as I started to progress quickly, I fell in love with the sport and even more in love with the community around it. I never thought BMX was going to be my job one day; like I said, it was only my escape.

A few years down the road I was working a job that I absolutely hated and broke down in the middle of my shift and asked myself a question that would shift my perspective: “is this really what your time is worth?” I started to cry and I put all of my resentment toward God behind me; ultimately, I asked Him to open the doors of my life. I challenged God saying, “If you are really there if you are even real, just use me, just show me.” Right there, in the middle of my shift I dedicated my life to the Lord and whatever He would have for me.

The very next day I got an email from Monster Army (Monster Energy’s Athlete Program) giving me my first ever sponsorship. This is going to sound ridiculous, but I quit my job and put “GOD FIRST” in my bio on Instagram. That same week a man named John, the Co-Founder of a group called Stunt Dudes messaged me and asked me if I’d like to come up to South Carolina to perform at a Christian Music Festival. Little did I know that the show would later turn into my full-time job and the next two years of my life, traveling all over spreading the Gospel and doing tricks on a  children’s bike.

Here’s where the story really gets interesting. Looking back, when I was six years old my mother took my brother and I to this Christian event on the beach that was so crowded we couldn’t even get in. All I remember is standing in front of this skatepark that was built on the beach where some of the best athletes of that time were performing. Fast forward–after embarking on this new journey of pursuing Christ through BMX, I got home from the Monster Army tour and my mother was anxiously waiting for me to get there. I walked into the house and instantly I got a call from John. He asked if I was available that next weekend to do a show in Grand Rapids Michigan; they were expecting 50,000 people in attendance. I looked at my mom and told her that I had the opportunity to do this show called Palau Fest and she started to cry. She asked me, “do you know what that show is?” Me being completely confused, she answered, “that’s the event we couldn’t get into when you were six years old.” I’ll never forget having this insane chill come over me and it was then I realized that God planted a seed in my life, and all the pain and the suffering was actually worth it. God had His hand over my life the entire time I resented Him, and He didn’t reveal to me my purpose until I pursued a relationship with Him. Jeremiah 29:13 says, “You will seek me and find me, when you seek me with all your heart.” If you are reading this, I encourage you to seek after God and find Him where you never thought He was. I dare you to give God an inch because He will give you a mile. I’m still an outsider by heart, but God brought me into His family, and it changed my life. Trust me, God can use you.