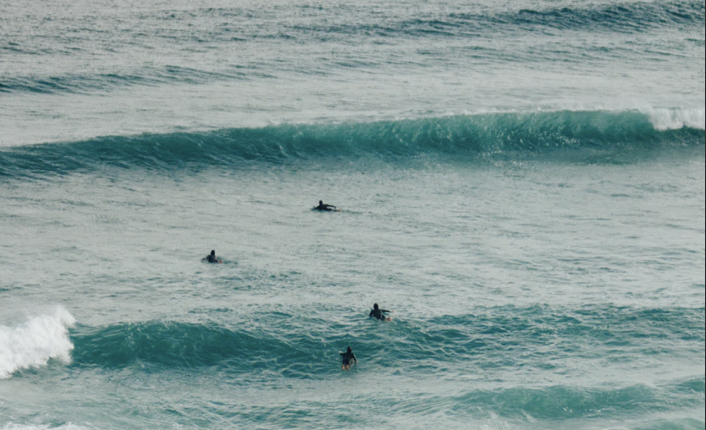 One of my latest surf sessions I was looking at the surf for a while to figure out how to best paddle out to the lineup without getting fully destroyed on the way out. I asked one of the guys who just came out of the water how it was and his response was, “fun, but the paddle out was brutal 'cause of the current.”

I kept watching the surf then asked another guy as I was new to the spot and wanted to figure out where to best start paddling out so I wouldn't end up too far south due to the current. His response to me was also that the paddle out was brutal. He said,

“you don’t get the lunch without the work.”

I did end up going out and just went far enough north so by the time I made it out to the lineup the current had taken me exactly to the spot I wanted to be. A lot of the times I like to avoid currents and just end up going to a different spot because I don't want to deal with them. I think in life it’s similar. Sometimes in our life we want to avoid “currents” too and the hard work and perseverance it requires. Currents can be problems, trials or challenges we face. We try to avoid them or if we do get stuck in them, we sometimes handle them the wrong way and get exhausted by fighting against them instead of going with the currents. Eddie Aikau described it perfectly: “The inexperienced swimmers, when the riptide grabs them, try to swim to shore. They are afraid, so they swim against the current and try to get to shore. They keep swimming until they get cramps. This is very common. The best thing is to go with the current and find a way out. You can inch your way out of the currents.”

You only build strength when you go for the “brutal” paddle out and learn how to read the currents to use them for your advantage. There’s nothing better feeling than making it out and while waiting out there you look back at the beach thinking that it wasn’t as horrible as you imagined and now you get the reward of catching sick waves. Then the next time you encounter a current and face a similar paddle out you don’t even think twice about going and it feels almost natural.

The bible teaches us to rejoice “When we run into problems and trials, for we know that they help us develop endurance. And endurance develops strength of character, and character strengthens our confident hope of salvation.” Romans 5:3-5