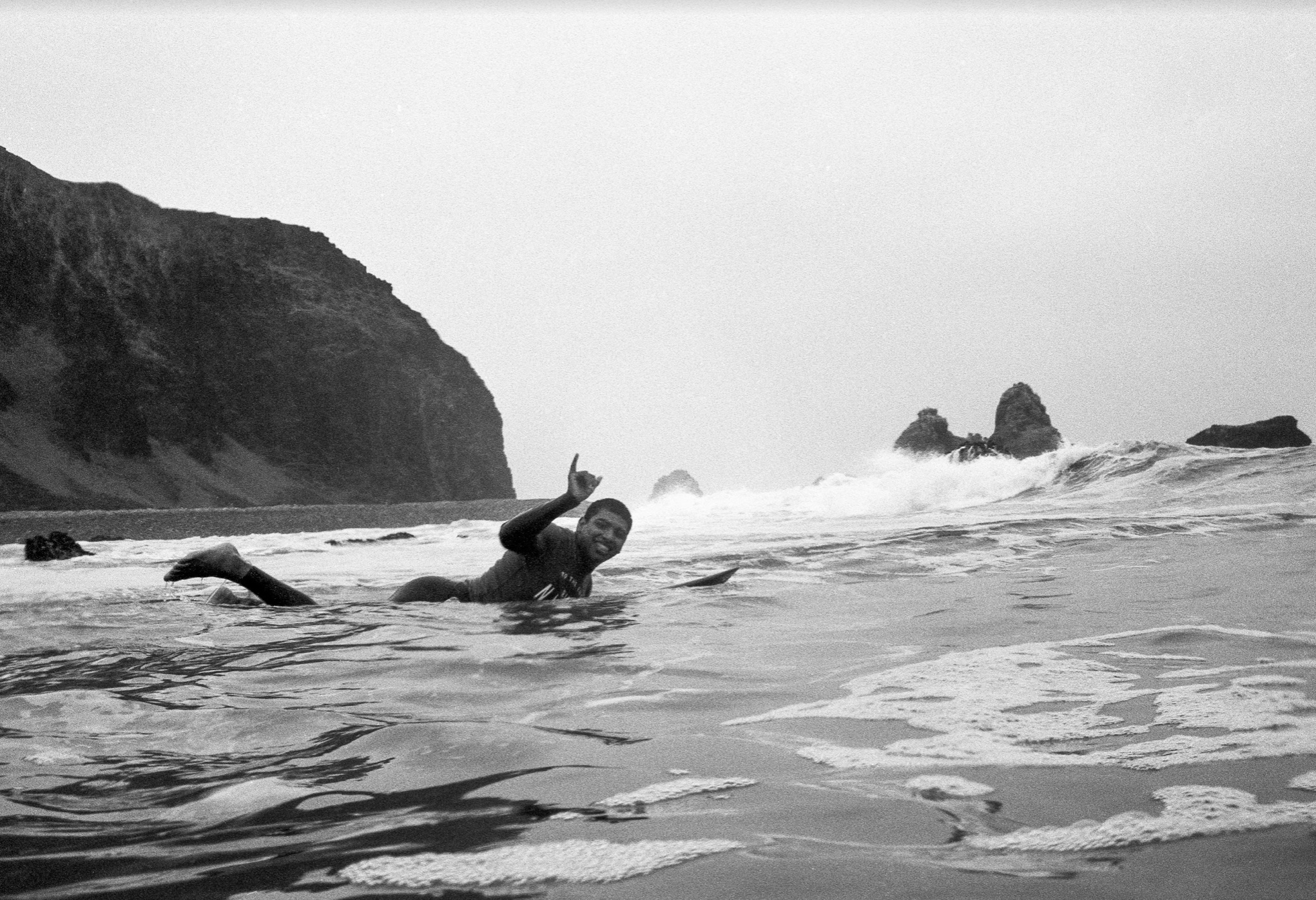 The creator of the universe makes waves. Just let that thought sit on your mind for a minute. As a surfer we get to see, feel, and experience the creation of God in an amazing way. We get to both enjoy its beauty, as well as, feel the power generated when being thrown over the falls.

Living on the North Shore of Oahu allows me to meet all kinds of people who come from all over the world to surfer God's creation.  I often wonder if people truly understand the purpose behind why God made these waves. This makes me think of Psalm 95:3-5. "For the Lord is the great God, the great King above all gods. In his hand are the depths of the earth, and the mountain peaks belong to him. The sea is his, for he made it, and his hands formed the dry land."

We are also part of God's creation and as the waves declare the glory of God through the sound of its waves breaking, we too have something to declare about the glory of God.

We praise the Lord for we are fearfully and wonderfully made. We sing of His wonders and His amazing Love for us. To know that the God of all creation thinks about us often and wanted to be in a relationship with Him is something to show make us pause in wonder. We are so small in comparison to all that He has made in Psalm 8:1, 3-4 it says, "Lord, our Lord, how majestic is your name in all the earth! You have set your glory in the heavens... When I consider your heavens, the work of your fingers, the moon and the stars, which you have set in place, what is mankind that you are mindful of them, human beings that you care for them?"

God the creator of the universe set in motion His creation as a spectacle for us to see so that we would know and believe that we are his prized possession.

No surfer who looks at the waves can deny that something more powerful than themselves created it.

It is this same thought that should take us to a place of knowing the creator. Romans 1:20 says, "For since the creation of the world God's invisible qualities – his eternal power and divine nature – have been clearly seen, being understood from what has been made, so that people are without excuse."