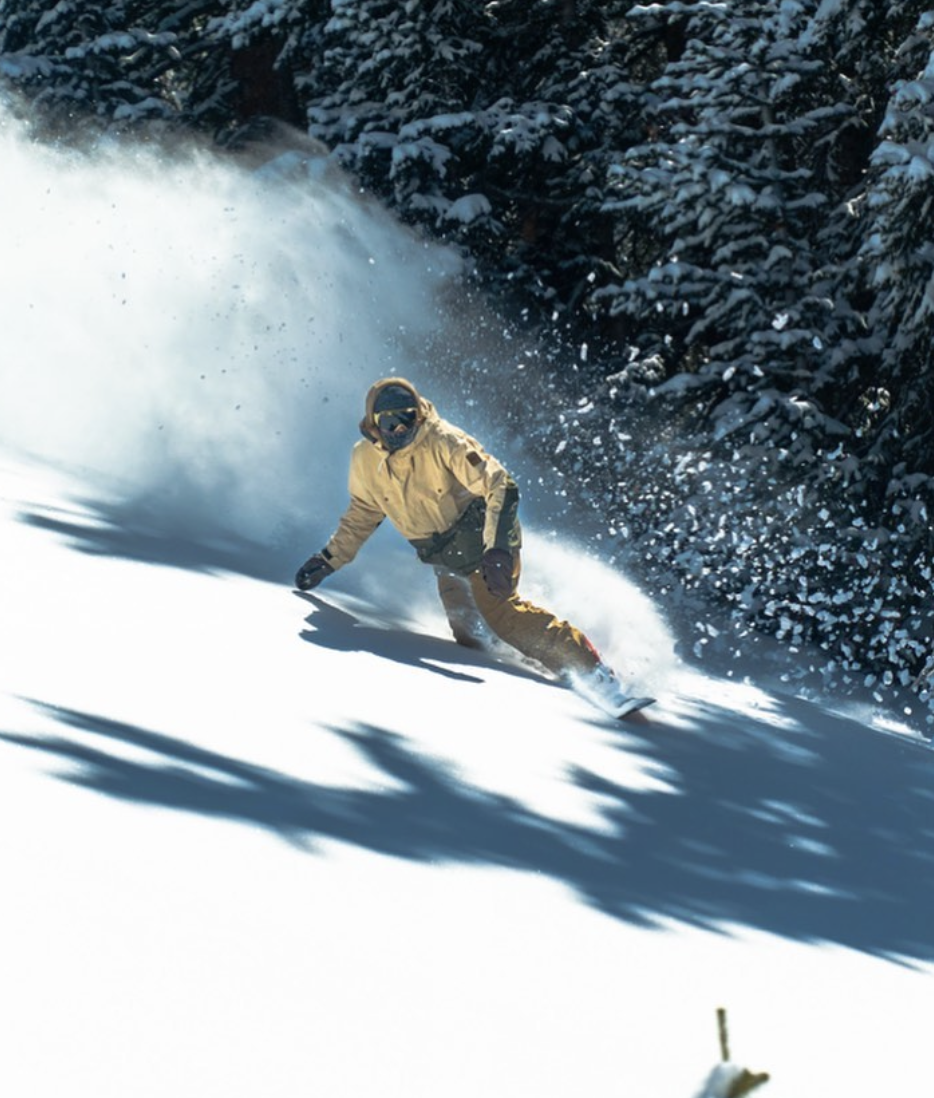 Growing up in Colorado naturally I learned to ski at a young age. Regardless of my ski-racing brother’s belief that snowboarding was rebellious, there was something about it that caught my eye. Consequently, when I turned 12 I made the switch to the dark side. Once I bought my first custom Burton snowboard and a few VHS snowboard films there was no going back. I was immediately hooked; I knew I wanted to become a pro snowboarder and snowboard film maker. 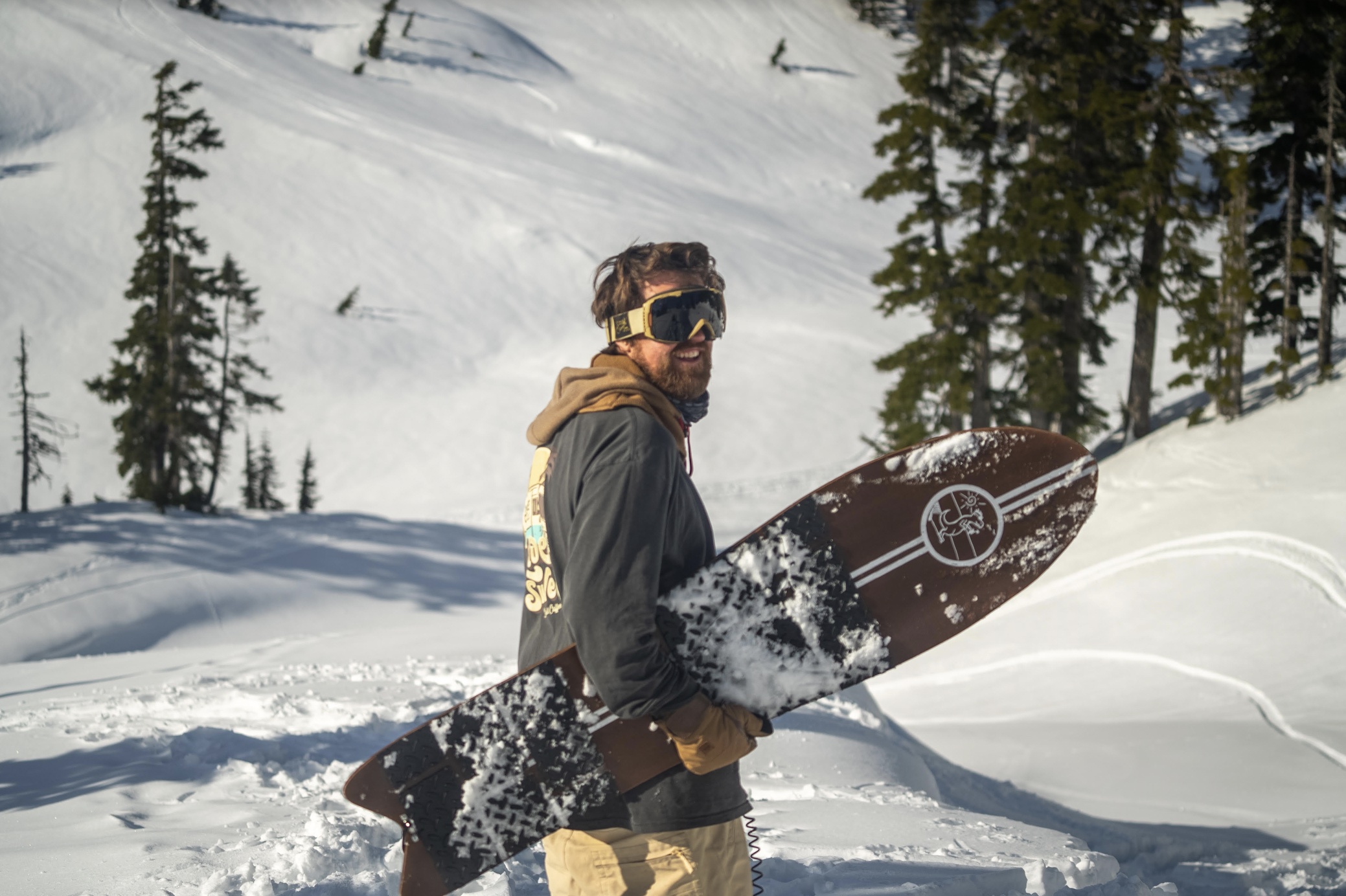 Learning to snowboard and even skateboard did not come natural to me at all early on. I played those snowboard tapes over and over until the tapes literally wore out, studying every move and wanting to be just like the pros in the films. I started working extra chores and mowing lawns in my neighborhood during that summer to earn money for my very first Mini VHS camera. Over time, my riding significantly improved, I learned how to make snowboard edits, I upgraded my camera, and landed my first board shop sponsor. Just as I had hoped, I was on my way.

And I was, but on my way to greatness years of effort, shoulder injuries, surgeries, and failure had passed. As much as my parents brought me to church growing up, my top priority was snowboarding and becoming pro–I just didn’t have my eyes set on anything else; not even failure could make me reconsider. I kept pursuing a career in snowboarding, even taking off winter semesters in school to focus on that pursuit. After graduating Metro State Denver University, I had another dream of collaborating with the best snowboarders throughout the state to make one of the best Colorado snowboard films. Throughout the process of gathering friends and different shred crews I was introduced to the organization Snowboarders For Christ.

I still wasn’t in a place where I was seeking God, but just in knowing who He was in general from being raised in the Church, I definitely respected the fact that SFC combined their passions for snowboarding and Jesus and made them work in unison. In the mountain scene, this combo stuck out like a sore thumb, and something in me just felt a draw to these people. Just as snowboarding hooked me, so did the idea of using it as a way to bring church out of the building. Though I still didn’t desire to pursue that combination myself, the Lord was tugging at my heart through my curiosity.

All in all, our film was successful in the world’s eyes, but I made it all in my own strength and for my own glory which led me to getting burned out by it. I accomplished and fulfilled my dream, but I was still feeling empty. I didn’t really know what was next for me and lost motivation after being successful. And I was completely exhausted. Shoutout to my mom for faithfully praying for me regardless of my clear avoidance of the Lord. When life came crashing, she continued to press in. She read to me Jeremiah 29:11:

“For I know the plans I have for you,” declares the Lord! “Plans to prosper you and not to harm you, plans to give you hope and a future.”

‍God was asking me to give up. I had a decision to make; no more back and forth or only going as far as curiosity when it came to pursuing Christ. Jesus spoke so clearly to me and I finally let the curiosity take over. I saw what my friends at Snowboarders For Christ had–snowboarding and satisfaction–and I wanted it. The thing is, with God, it’s promised that you can have it. Why wait? My wildest and most fulfilling snowboarding adventures have been since making that decision–God has taken me so much farther than I could have ever gone on my own, even across the globe! There is no better feeling than spending time snowboarding in God’s creation, and He’s invited me to explore so much of it.

Really, it’s what I already loved, just more. I realized it wasn’t God or snowboarding, but God and snowboarding, and even more! My restless heart now has a place to rest in the deep quietness of the mountains. It’s impossible not to get a sense of awe in the danger you can encounter–the extreme changes in weather or the risk of getting caught in an avalanche–while at the same time feeling so safe in the Lord’s presence. I’ve felt like I don’t deserve it; and honestly, I don’t. But God doesn’t make us wait to experience His freedom.

“Come now, let us settle the matter,” says the Lord. “Though your sins are like scarlet, they shall be as white as snow…”

Watch: GO TELL IT ON THE MOUNTAIN "JINDABYNE AUSTRALIA"